Church tradition held that the resurrection occurred on a Sunday. In 325 AD, the First Council of Nicaea decided to celebrate Easter on the first Sunday, after the first full moon, and after the vernal equinox. As a result, Easter did not have a fixed date but tended to be close to the full moon. This date always fell on the 15th of the Hebrew month of Nissan, the start of Passover.

There are many differences between Passover and Easter, but there is also a lot in common between them. And this common lies at the very basis of the holidays. The main characters change, and traditions adapt. But the essence remains the same. Now is the time to explore and learn more. 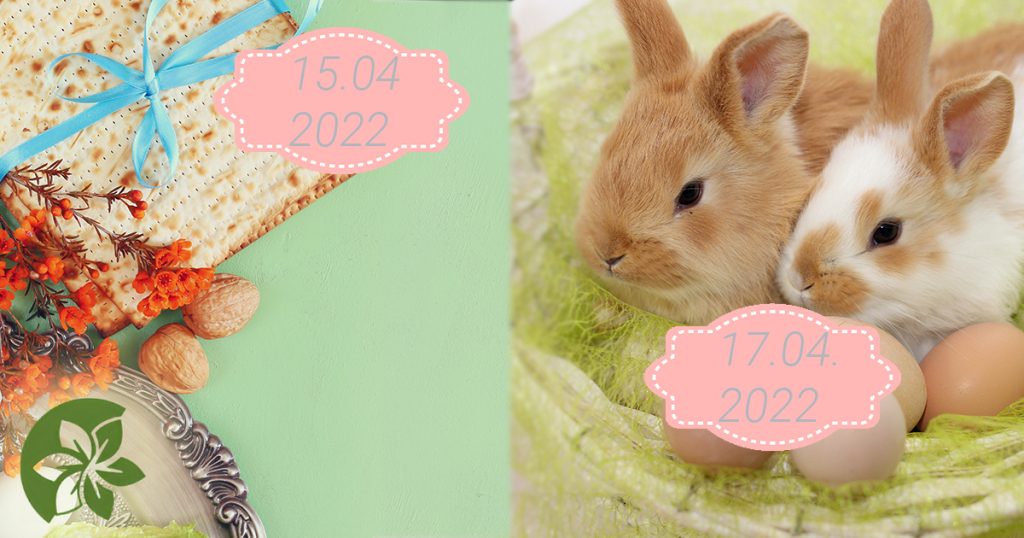 Passover and Easter – Spring Holidays of Hope and Salvation

All religions, arts, and sciences are branches of the same tree.

Both holidays convey a resounding message of hope based on nature and history. A renewed sense of hope comes with spring, and this feeling of hope has been associated with spring throughout much of history.

Even with a light study of the history of these holidays, it is clear that two different events were bases for them. Observance of Passover has been around for 3,000 years (since approximately 2100 BC). And Easter, as you know, is almost 2,000 years old because it is, without exaggeration, a world holiday of the era of Christ and after it.
Both Judaism and Christianity rely heavily on stories recounted ritually during their spring festivals. The descendants of Jacob were a nation unified by oppression in Egypt. In the case of the crossifiction of Jesus, the resurrection of Jesus is the ultimate affirmation of life. The death of one can save many.

Although the two holidays share some similarities, they differ fundamentally. Neither festival represents salvation from slavery or sin, but Passover heralds the birth of the Jewish people as a force for good in the world. Easter, however, is a celebration of personal salvation for Christians. Easter offers a way out of a world that is beyond repair. Passover calls Jews together to repair the world.

Passover is considered a seven-day holiday for Israel and is celebrated 8 days outside of it. In Christianity, Easter is much longer. Orthodox celebrates it for 40 days, and in Western Christianity, the duration of Easter is 50 days. An essential feature of Passover is the complete absence of flour dishes on the table, during the preparation of which the fermentation process took place.

All such products are disposed of beforehand. Matzah(special unleavened cakes made from the unleavened dough) replaces bread for this period. It became a symbol of the food that the Jews had eaten when they left Egypt. On Seder Pesach, Jews read the Haggadah (the story of the great Exodus), sing themed songs, and eat and drink red wine. 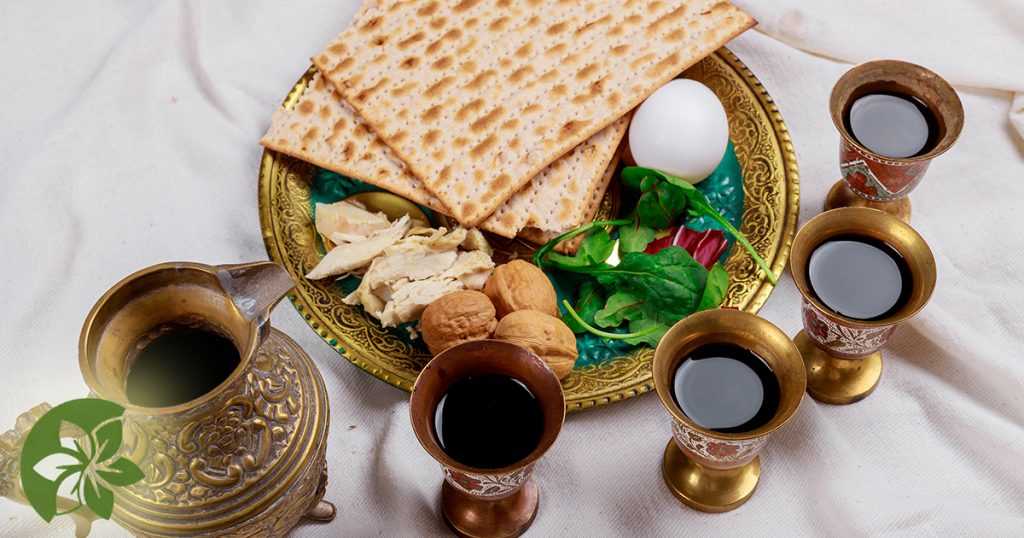 A Symbol of the transition between the Old and New Testaments

During the Easter period, Christians prepare various sweet pastries using yeast dough. They took their cylindrical shape and the principle of serving along with eggs from pagan times. With the advent of Christianity, this Easter cake began to mark Jesus Christ, invisibly present at the table. Apostles introduced this tradition by leaving an unoccupied place at the center of the table when they took a meal.

Artos, the cake with a crown of thorns and the cross, is known as an Easter cake in churches. The homemade analog of artos is the well-known Easter cakes made from pastry with raisins, candied fruit, or poppy seeds inside.

Replacing the unleavened bread of the Old Testament, the Easter cake became a symbol of the transition between the Old and New Testaments.

The principle of their celebration has many similarities despite the semantic differences between the ceremonies. They include several periods, each of which carries a particular semantic load.
Passover symbolizes the expectation of God’s punishment for the pagans and the subsequent departure of the chosen people through Sinai to the places where a new, already Jewish, the state will be born.
In Christianity, the moments of the path of the Son of God alternate from his death to eternal existence, from earthly life to heavenly. 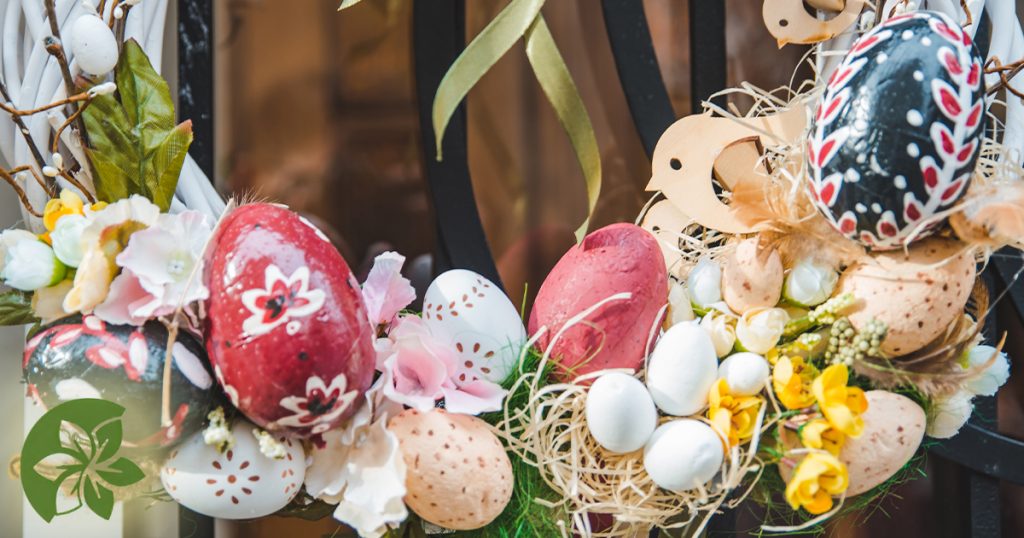 The most appropriate gift would be spring flowers. Whatever one may say, nature takes its toll. The very height of spring gives us not only good weather and warm sun. Spring also brings us a lot of spring flowers that ask for a vase. Of course, no one forbids giving roses or lilies (a choice you should make if they are your recipient’s favorite), but it’s a sin not to repay Mother Nature with your attention and surprise friends and family with more seasonal options.

It is customary to give spring flowers at Easter; they are also the main symbols of life, rebirth, and everything new. It is better to give bright flowers, but not flashy shades. When choosing a bouquet, pay attention to the warmest colors of flowers: yellow, orange, pink, light green, peach, blue, white, and beige. It is possible to use red flowers in bouquets. The red color is very symbolic for these holidays; it means life and rebirth. So the presence of red in compositions is only encouraged. These can be red tulips, carnations (a choice of Easter in May), red gerberas (they will evoke an association with the sun), colorful alstroemerias, fragrant hyacinths, and chic hydrangeas.

It will be better to choose flowers in contrasting shades. Combined bouquets of several types of flowers look more attractive as a flower gift. For example, an ideal combination would be a composition of blue irises and yellow tulips. Multi-colored alstroemerias with tulips or irises will look very harmonious. Orange gerberas against a background of green chrysanthemum Santini will please the eye with their brightness. Roses Kharkiv can also be used as a dilution of prefabricated spring compositions. The royal flower gets along well with tulips, alstroemerias, carnations, and hydrangeas.
In addition, the royal flower in the bouquet will remind you that summer is coming soon, and you can enjoy its aroma for a very long time. 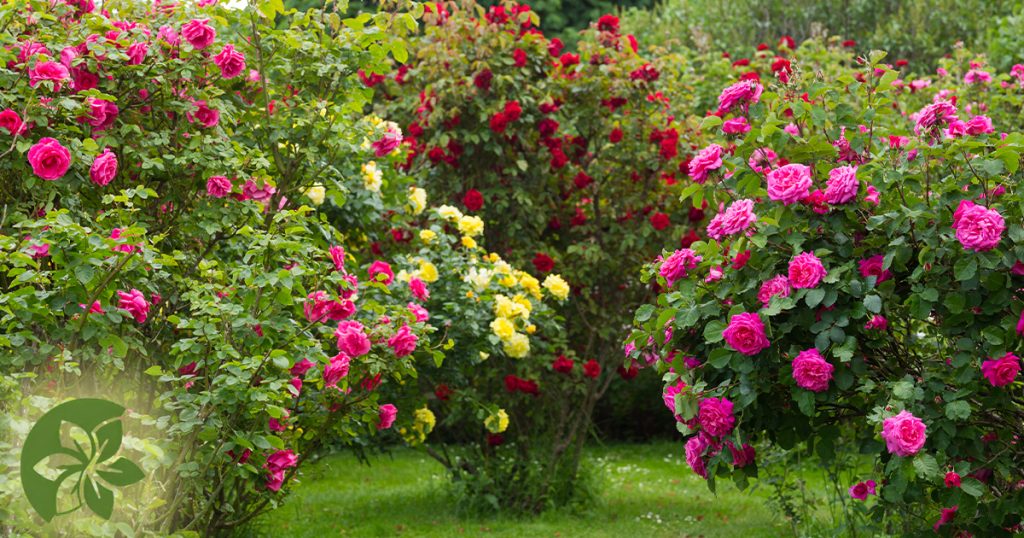 A bouquet of spring flowers is a sure way to convey the warmth of your soul and congratulate your faraway loved ones on a bright holiday.