Gunpowder, fireworks, silk way, and dragons entered our lives long ago. Despite their differences, all of these are infused with East Asian culture. The culture of East Asian countries is present in all of these, one way or another. The tradition to celebrate the New Year on the lunar calendar provides another opportunity for a fresh start and excitement for new adventures. Several East Asian countries such as South Korea, Singapore, Vietnam, and Tibet, including China, have their own customs and traditions of celebrating the Lunar New Year. And each country’s celebration dates vary.

Each pattern has many symbols and meanings. So, for instance, an ancient Celestial Empire culture left behind many fascinating things for the descendants to explore. China has a culture steeped in tradition that hasn’t changed in centuries. And we would like to talk about the floristic Lunar New Year customs, traditions, and beliefs connecting with this festival. 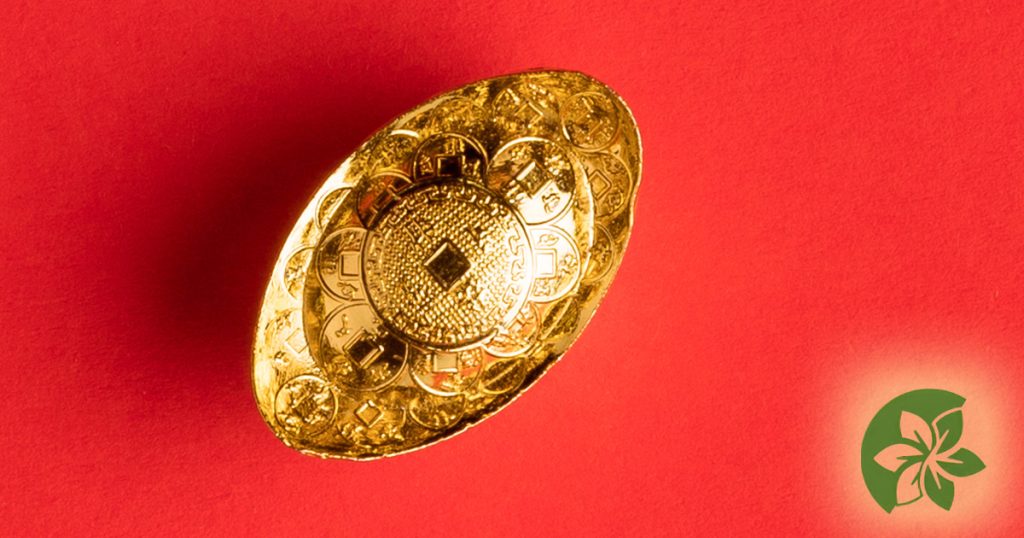 Ancient Customs and Traditions to Scare Away a Disgusting Beast

The Lunar New Year is also called the Spring Festival. Nowadays, most people in mainland China refer to the New Year as the Spring Festival. The origins of the Lunar New Year go back thousands of years. One legend says that a disgusting beast feasts on human flesh on New Year’s Eve. It is afraid of red, loud sounds, and fire. The people can scare away the beast with glued red paper decorations to the doors, burned lanterns all night, and blew-up firecrackers.

The celebrations usually begin on the first new moon and end on the first full moon in the lunar calendar. It takes fifteen days, so the festival lasts the same. In Solar calendar years, this holiday falls between January 21 and February 20. That is why it varies from year to year.

New Year in China is the most popular non-state holiday. The first fifteen days after the magical New Year’s Eve, it is customary to visit relatives and friends to present gifts and wish happiness and prosperity. The traditional token of the Chinese is money in a special small envelope.

It is a tradition to gift her flowers as a symbol of your respect and appreciation for the hostess. Flowers and fruits have a special meaning during the celebration.

Several traditional flowers symbolize luck and prosperity, including orchids, chrysanthemums, azaleas, and bamboo. The presence of these plants in the house during the celebration of the Chinese New Year is the main guarantee that the family will prosper in the upcoming year.

During the Chinese New Year, any flower shop or market sells many bouquets of orchids and pots of these flowers, presented in many varieties and shades. Orchids are delicate, beautiful, and elegant flowers. In China, for a long time, they were considered to bring “great offspring” or fertility and abundance. In addition, these flowers symbolize sophistication, luxury, and innocence. All of this makes orchids a valuable gift for the New Year. 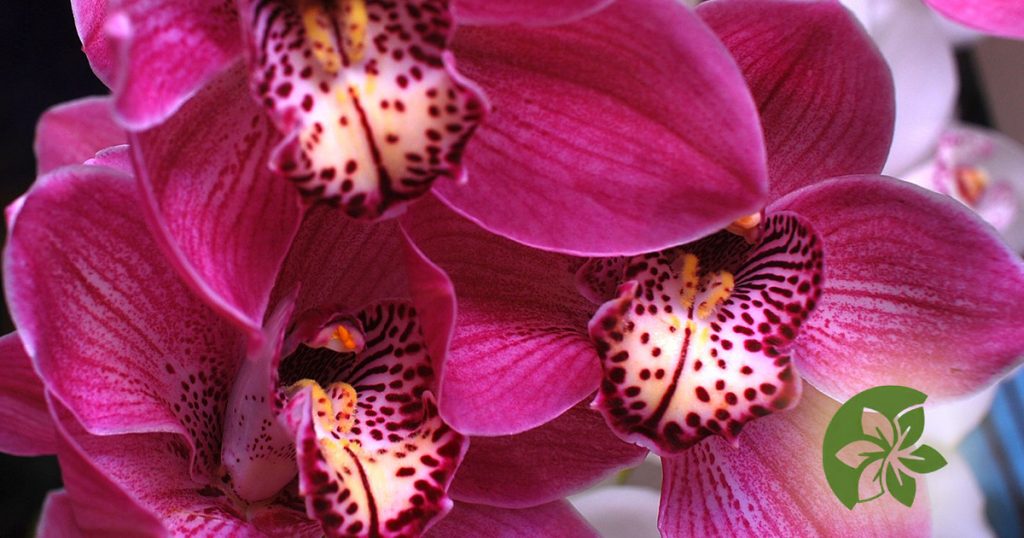 Rituals and Traditions of Red Accent Everywhere and Everything

Scarlet shades symbolize the element of fire and the triumph of vital energy in East Asian countries. On the eve of the holiday, the whole of China displays red lanterns: this is the color of greeting cards and New Year’s amulets.
It is best to give red flowers according to national traditions. Peonies are a beautiful flower that symbolize female beauty, love, and charm. This makes them an ideal gift for adult women you are looking to give good wishes to. In addition, this flower is a symbol of China, and it represents prosperity, happiness, and peace. Chinese culture also considers peonies as the flower of love; newlyweds gift them to each other upon their marriage.

For friends and associates, it is better to choose compositions without a romantic context. Gerberas, alstroemerias, or lisianthus are suitable but do not forget that a red accent must be in the bouquet. It can be a red ribbon, wrapping paper, or any other addition.

Keep in mind that your colleagues and business partners will appreciate living plants. In one of our previous articles, we talked about how to choose the right corporate bouquets. The Chinese traditionally use daffodils as a gift for such an occasion. Daffodil is a symbol of good luck and wealth with a unique appearance. It is one of the most auspicious flowers during the Chinese New Year. Daffodils can grow in shallow pots with pebbles and water and smell great.

By the way, gift etiquette in China differs from the etiquette in other countries. There are many nuances to consider choosing either simple or floral gifts for friends and business partners. When preparing a surprise for Chinese New Year, you should pay attention to its color, as well as to the wrapping paper or gift bag. The rules are simple: avoid white – it is traditionally associated with funerals, and black or blue as they are synonymous with death. The best choices are red, yellow, and gold: they all symbolize wealth and prosperity.

Another important factor when choosing a gift is the meanings associated with numbers. Never give anything in quantities of four, as the pronunciation of sì (“four”) is very close to sǐ (“death”). Eight is a lucky number in China, so 88 or 888 would be ideal for a gift. But you may be misunderstood if there are only eight flowers in the bouquet, as this will mean that you are sorry for something.

Despite all the Chinese love for chrysanthemums, we rarely see bouquets of these flowers in homes, and gifts of them are rare. This is partly due to the fact that chrysanthemums are predominantly white and yellow, and the Chinese associate these colors with mourning and funerals.

Although, in China, they firmly believe that the power of red and yellow chrysanthemums brings wealth, prosperity, and longevity to the house and family. Chrysanthemum represents fidelity, greatness, dignity, and honor. Only members of the imperial family could wear clothing with the image of this flower. 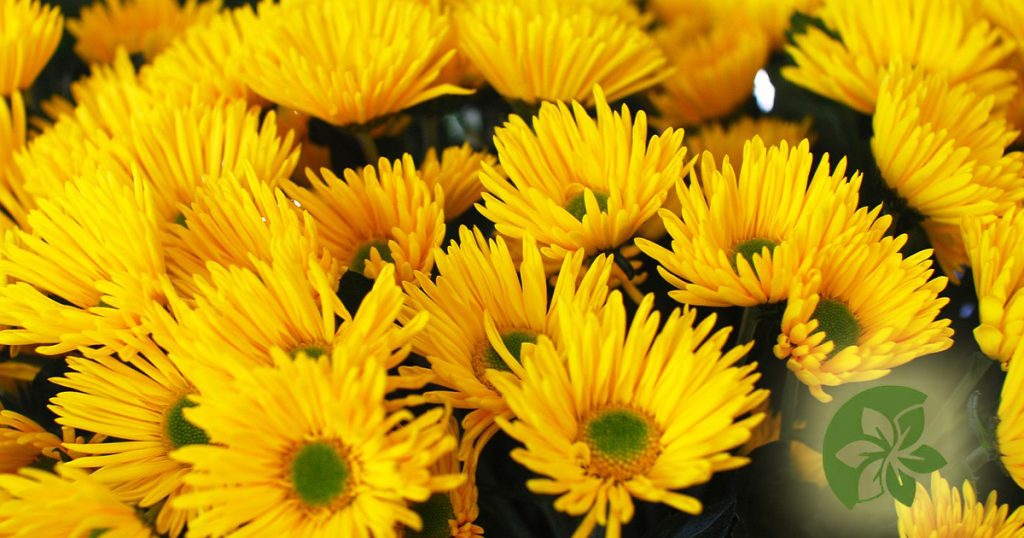 It is hard to imagine a country where flowers are loved more than in China. For the Chinese, flowers are not just beautiful plants. They are symbols of human qualities.

Because of this, fresh flowers are one of the few unexpected gifts that will always be appreciated and accepted, both in formal and informal settings.